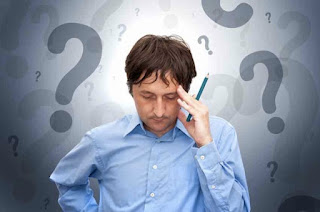 Throughout my life I have met many people who have rejected the evangel due to the many apparent contradictions in the Bible.  For these people, faith in God becomes meaningless when they view God's revelation as inaccurate and unreliable.  After all, if God's revelation is inaccurate in some passages, how can any of it be upheld as inerrant?  When all revelation of God comes from Scripture, our ability to trust in that revelation's accuracy must be unshakeable.  Apparent contradictions must be thoroughly examined in order for us to fully trust and believe the truths of God's Word.

Without a doubt, most of the apparent discrepancies in Scripture are due to nothing more than faulty translation.  Avoiding confusion, then, begins with using a reliable version like the Concordant Literal Version.  But even when using a reliable version, we will inevitably encounter a myriad of potential discrepancies in the text that will force us to dig deeper to uncover the truth.

In this article I will focus on one example of an apparent contradiction in the gospel accounts and will demonstrate through this "digging deeper" method that the Bible is, in fact, a reliable revelation worthy of our trust.  While this one example is not proof of the validity of other passages, it serves as a model for the text as a whole and how to approach the various passages that raise suspicion.

The dilemma I will be examining is the number of men crucified with Christ and the timing of their deaths.  Now, you would be hard-pressed to find a believer who does not believe there were two men crucified with Christ.  Most people would not view this issue as one of vital importance.  After all, it doesn't really hold any major significance to our understanding and faith.  But it becomes very important when the vast majority of our English Bible translations contain a clear contradiction in relation to the issue.  On its own the issue is insignificant, but when it calls into question the Bible's accuracy it suddenly becomes extremely significant.

It's not surprising that nearly all believers assume there were two men crucified with Christ when each of the gospel accounts focuses on two.  Matthew 27:38 and Mark 15:27 mention two "robbers" crucified with Christ.  Luke refers to two men in Luke 23:32 and calls them "malefactors" (criminals).  As robbers are criminals, it is only natural to assume that Luke is referring to the same two men as Matthew and Mark.  Still, Matthew is very specific in labeling the sins of the men he describes.  They are "robbers" and their sin is theft.  Luke, on the other hand, is very non-specific, which is ironic given that Luke is generally considered the most specific of the four gospel authors.  A malefactor can be guilty of any crime.  Nothing in Luke's account proves that the men are guilty of the specific crime of robbery.  But no major discrepancy exists until we read further in Matthew 27 and find out in verse 44 that both robbers "reproached" Christ.  That is, they reviled and hated Him.  Like many in their community at the time, they viewed Jesus as a false prophet who deserved a merciless fate.

If the men Luke refers to are the same men Matthew and Mark describe, it is a bit shocking to read further into Luke 23 that one of them defended Christ against the other while they were being crucified.  Upon hearing one man next to Christ mock Him and challenge His authority, the other man in Luke's account replies, "Yet you are not fearing God, seeing that you are in the same judgment! And we, indeed, justly, for we are getting back the deserts of what we commit, yet this One commits nothing amiss."

It is highly unlikely that a man who reviled Jesus as a guilt-ridden false prophet throughout the crucifixion suddenly rushed to His defense and hailed Him as the true Messiah who had done "nothing amiss" when another challenged Him.  This unlikely circumstance is possible, however, so there's more "deep digging" to be done.

Luke's account tells us that the "malefactors" were "led to be despatched together with" Christ and were crucified with Him at the same time (Lu. 24:32-33).  Matthew's account, however, says the Roman soldiers crucified Jesus, then divided His garments by casting lots, then sat down to keep watch over Him (events which would have obviously taken a good deal of time), and then crucified two robbers on either side of Him.

So, Luke's account depicts two malefactors who were led away with Jesus and crucified at the same time, while Matthew's account depicts two robbers who were crucified after Jesus.  Still, these differences do not necessarily prove a discrepancy.  The time interval Matthew mentions may not be long enough to refute the notion that the men crucified "together" with Christ in Luke are the same men in Matthew.  It is possible that Matthew and Luke may still be referring to the same men.  We still have more "digging" to do.

Thus far, we have looked at the accounts of Matthew, Mark, and Luke, but now we come to John.  John's account includes fewer details than the others, but also mentions "two" crucified with Jesus in John 19:18.  This verse in most English translations reads nearly identically.  In the popular ESV we read, "There they crucified Him, and with Him two others, ONE on either side, and Jesus between them."

This seems to settle the issue.  According to John's account in the ESV (and most translations), there were two others crucified with Jesus - one on either side.  If this is true, then we are left with believing that Luke and Matthew refer to the same two men but with different titles, that one of them who despised Jesus experienced a sudden and mysterious change of heart, and that when Luke says the malefactors were crucified together with Christ he is choosing to omit the lengthy period of time Matthew notes between Christ's crucifixion and the other two men.  All of this, while highly unlikely, is still within the realm of possibility.

As I stated before, most of the apparent discrepancies in Scripture are due to faulty translation.  John 19:18 is no exception.  In the original text, the Greek word for "one" (italicized above) does not appear.  It has been added by scholars in an obvious attempt to uphold tradition.  Without the negligent addition of the "one," we read: "There they crucified Him, and with Him two others, on either side, and Jesus between them."  The CLNT correctly omits the "one" and reads: "...where they crucify Him, and with Him two others, hence and hence, yet in the midst is Jesus."

Correctly translated, John's account reveals that there were actually two sets of two men - two on one side, and two on the other.  This true, the accounts of Matthew and Luke are easily reconciled and make perfect sense.  The two malefactors in Luke were led away with Jesus and crucified at the same time - one on either side - while the two robbers in Matthew were crucified later, also one on either side.  The two robbers both hated Jesus, while only one of the malefactors did.  As the two malefactors were crucified at the same time and next to Jesus, they were able to converse with each other and with Him.

Rather than describing the same two men in very different ways, we find that Luke described the two criminals who were crucified beside Jesus, while Matthew (and Mark) describe two robbers who were later crucified beside the two malefactors from Luke.  John, then, mentions both sets of men.


The final proof that four, not two, men were crucified with Christ is also found in the nineteenth chapter of John.  John 19:32-33 says the soldiers broke the legs of the first two criminals but did not bother when they came to Jesus seeing He was already dead.  If Jesus was crucified between two men, the soldiers would have passed Jesus on their way from the first criminal to the second on His other side and then backtracked to Jesus. This hardly makes sense. When we realize that there were two men on each side, however (4 total), it makes perfect sense that the soldiers broke the legs of the first two men and came to Jesus in normal order as He was third in the line.

At first glance the four gospel accounts seem to paint different pictures of the crucifixion and at the very least some highly unlikely circumstances, but upon in-depth study it becomes apparent that a long-held belief of Christendom is inaccurate and has been fueled by faulty translation rooted in tradition.  Uncovering truth, such as with this example, often proves to be an exhaustive but worthwhile process.  When we trust in God's Word and commit to uncovering the truth, our faith in the Bible's accuracy will only increase.

Learning that Jesus was actually crucified between four men, while interesting, is not a matter of major importance.  What is important is understanding the process and necessity of digging deeper to find the truth in Scripture to enable yourself to trust fully in God's Word.  Contradict contradictions and help others do the same.

Check out these sites!